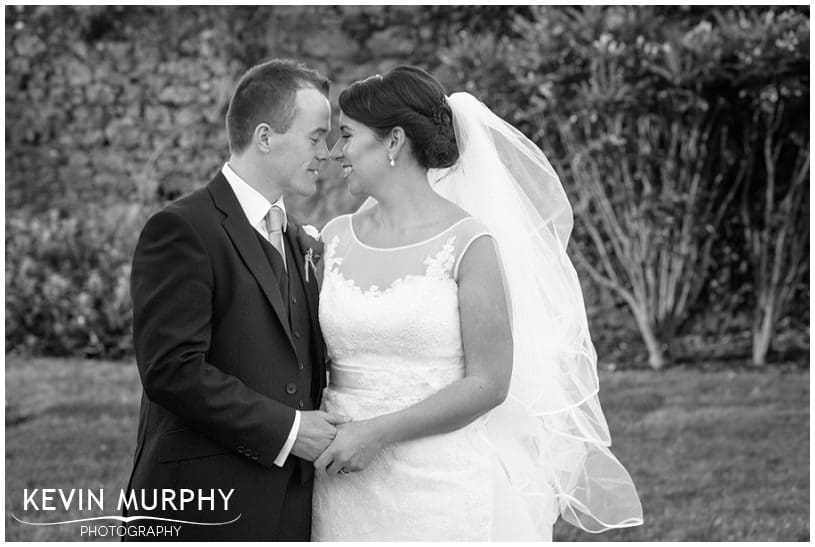 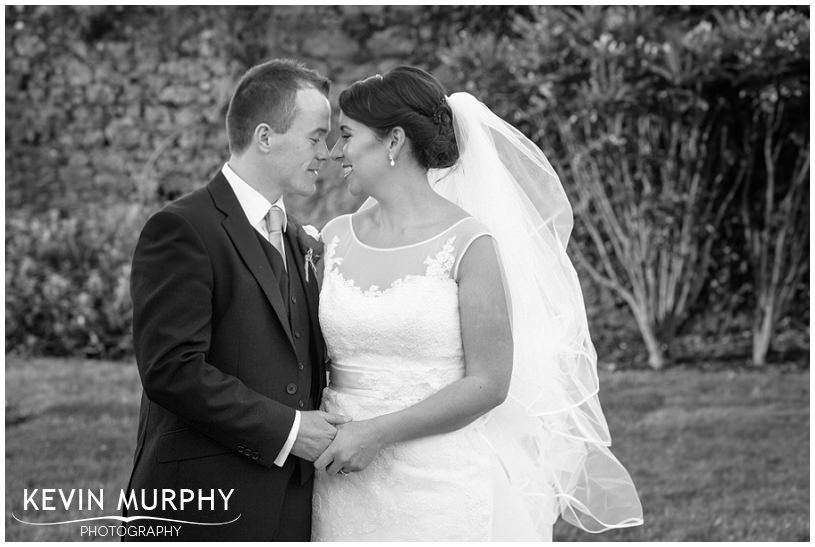 Amanda & John were married on a beautiful Winter day in Croom church and held their reception in the Woodlands House Hotel in Adare. Their daughter Roisín was a star on the day and despite refusing to have a nap (not surprising considering all the excitement!) was in great form for the day.

Some kind words from Amanda & John:

“Everyone was singing your praises along with us and mentioning how nice the slide show was. It was super can’t wait to see the rest. Thanks so much for everything. We had the most amazing day.”

END_OF_DOCUMENT_TOKEN_TO_BE_REPLACED 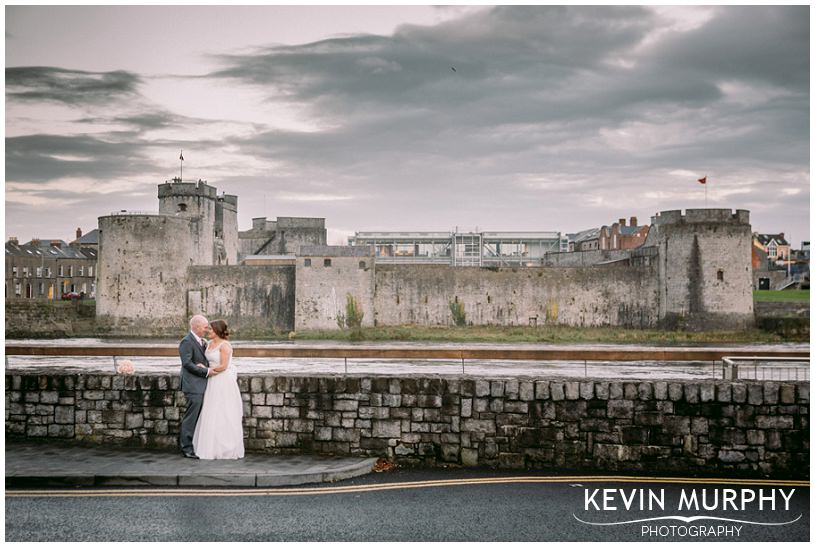 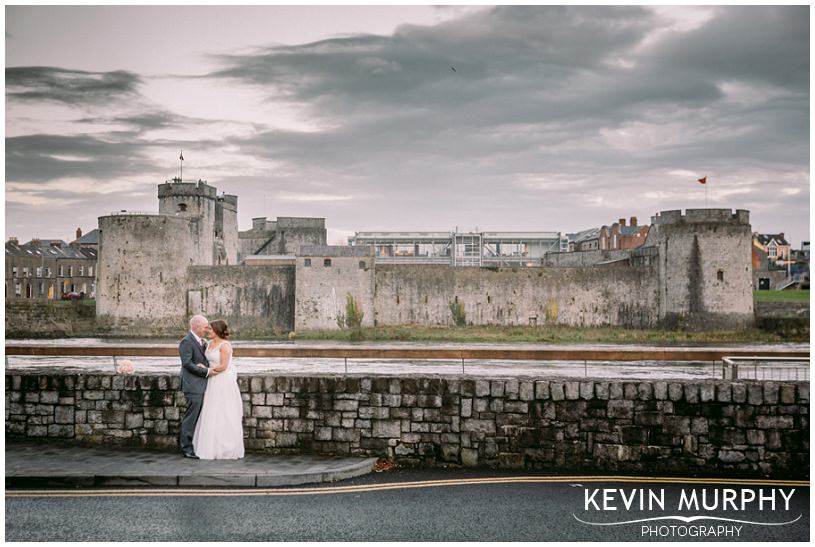 Jacqueline & James were married in St. Mary’s church in Limerick and held their reception in the Strand Hotel. It was a great day, with all the guests in high spirits and enjoying themselves. I even got to take photographs of the bridal party along the banks of the Shannon which was a treat in the middle of Winter!

Some kind words from Jacqueline & James:

“Thanks Kevin, it was so relaxed and we didnt even know you were there! The slideshow was a massive hit and we cannot wait to see more pictures.”

END_OF_DOCUMENT_TOKEN_TO_BE_REPLACED 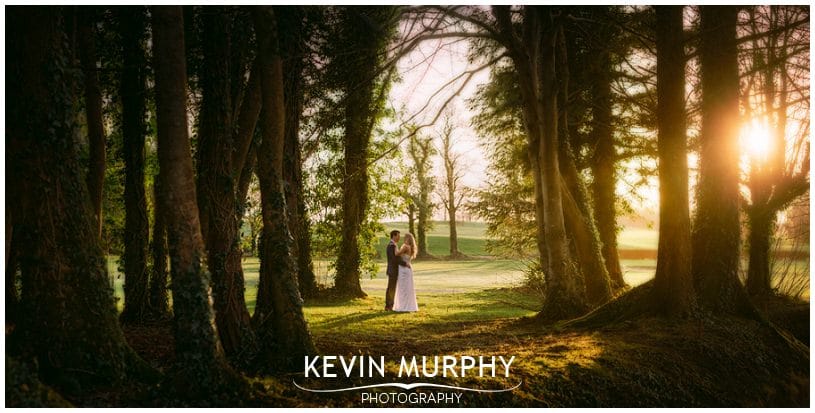 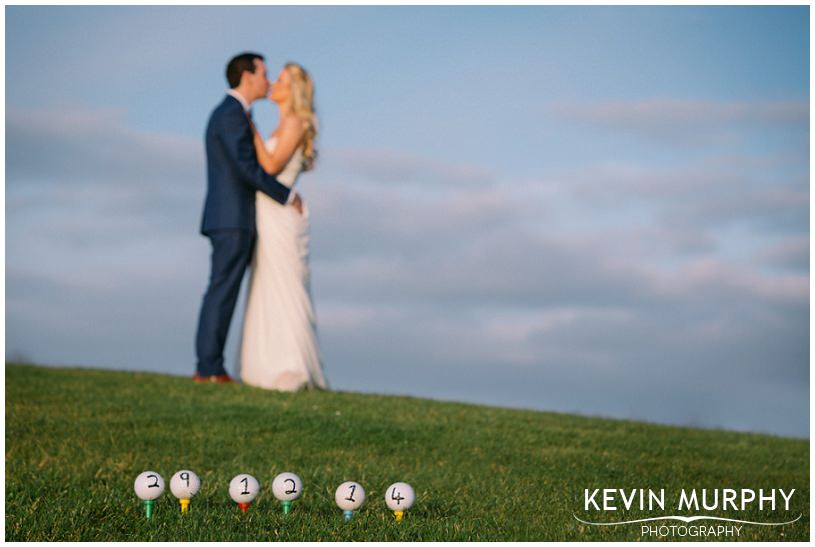 Lorraine and Danny were married in Ballykisteen Hotel and Golf Club. When I first met them it was probably the most enthusiastic, energetic first meeting I’ve ever had. I barely got a word in! They had so many great ideas and thoughts on how to do things differently – I knew it was going be a very unique wedding. And it was!

Lorraine and Danny are the best kind of crazy – some of the stories during the speeches were testament to that – and they are so well matched. It was such a pleasure to be there to document it.

Things I loved about Lorraine and Danny’s wedding:

Some kind words from Lorraine & Danny:

“Thank you so, so much for being so amazing on the day! I didn’t see you once which was brill and I mean that in the nicest way possible! 😉 Absolutely loved the pictures and everyone was raving about the slideshow. Thanks so much again for everything, you really added to our day.”

… but first a HUGE DISCLAIMER!!! These guys made it clear that they wanted madness – I don’t usually encourage couples to climb trees, build sand castles in bunkers and generally go crazy! (Although if you want to I will definitely facilitate it!)

END_OF_DOCUMENT_TOKEN_TO_BE_REPLACED 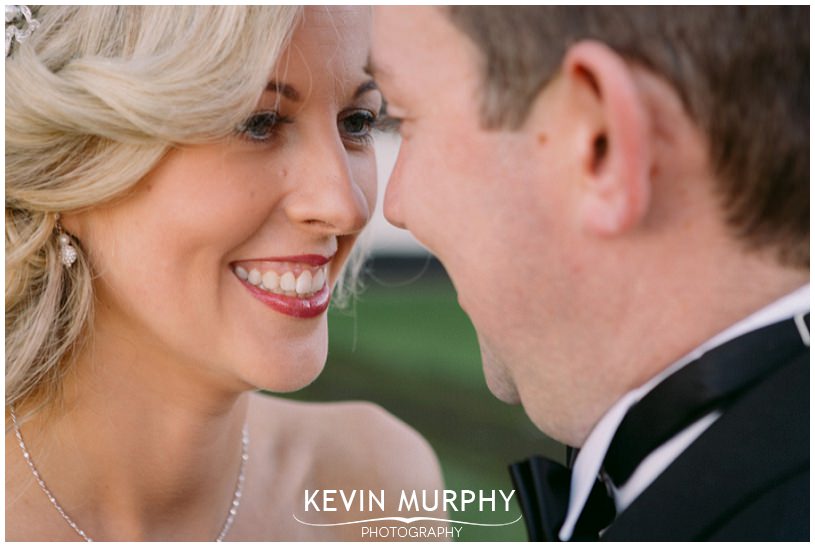 Emer and Niall were married in Lough Gur church and held their reception in the Woodlands House Hotel in Adare. They are living in Australia at the moment so I didn’t get to meet them until  few days before their wedding. They turned up to the meeting with the most amazing photograph of both of them visiting Santa almost twenty years earlier – and not only that but the chief bridesmaid and the best man are also in the photograph! Incredible!

Things I loved about Emer and Niall’s wedding:

Some kind words from Emer and Niall:

“Just wanted to say a big huge massive thank you for all your hard work on our big day. You were absolutely fantastic in every single way Kevin. We are so happy that you were there with us. I’m so excited to see your photos and everyone I meet is saying the exact same thing. You made everything easy for us. We had a great day and it just seemed like you weren’t even there.”

END_OF_DOCUMENT_TOKEN_TO_BE_REPLACED 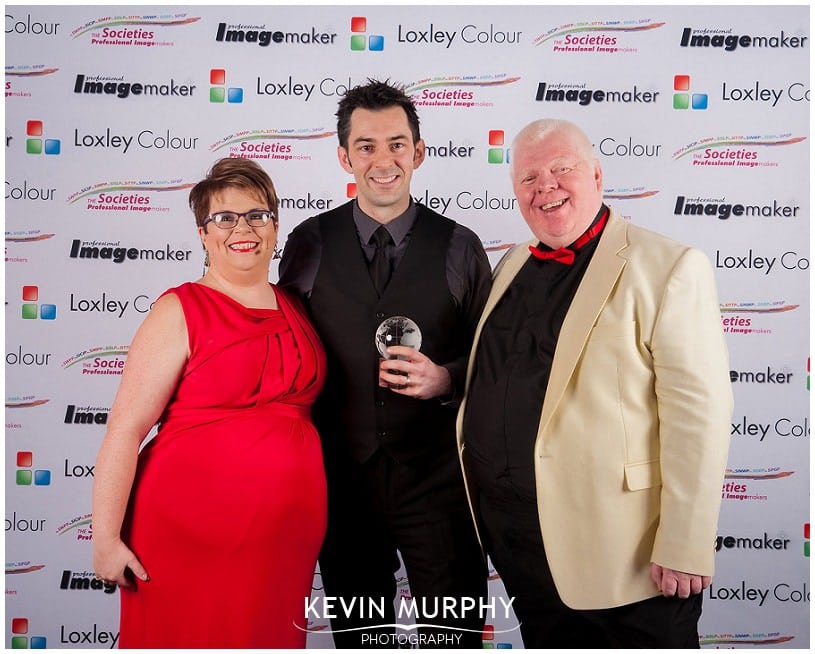 SWPP Photographer of the Year (Europe)

Wow! Where do I even start with this one! I mentioned before Christmas that I was nominated in one of the SWPP (Society of Wedding and Portrait Photographers) categories for their end of year competition. Well, I’m just back from London and I’m delighted and shocked to announce that I not only won my category…

END_OF_DOCUMENT_TOKEN_TO_BE_REPLACED 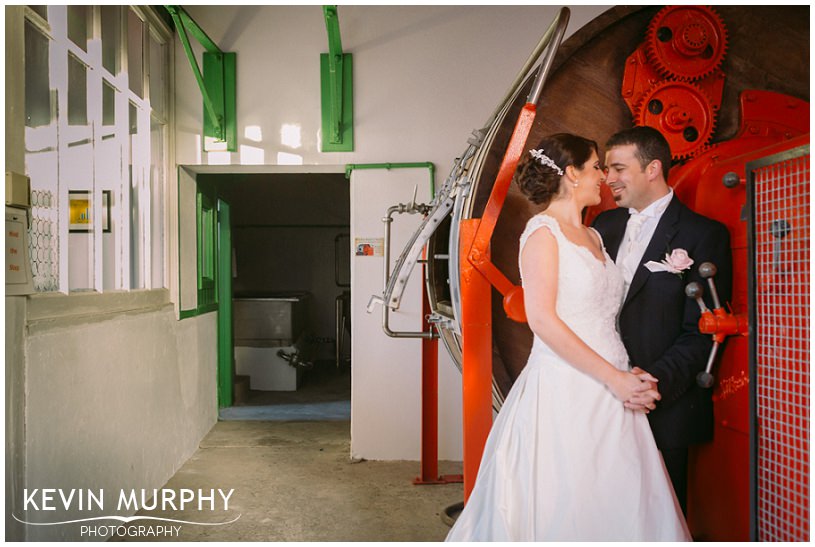 Aoife and Mark were married in Emly church and held their reception in the Woodlands House Hotel in Adare. They had travelled home from Perth to get married so there was a great atmosphere for the day as they met up with friends and family they hadn’t seen in a while. They were beaming for the entire day – it must have been such an amazing feeling to fly 10,000 miles and spend the day surrounded by people you love and everyone that’s important to you.

Things I loved about Aoife and Mark’s wedding:

Some kind words from Aoife and Mark:

“Thank you sincerely for the outstanding work you did on our wedding day. The day went as brilliantly as we could have imagined and this is in no small part due to your professionalism and the no-fuss way you approached the day which really put us at ease.”

END_OF_DOCUMENT_TOKEN_TO_BE_REPLACED 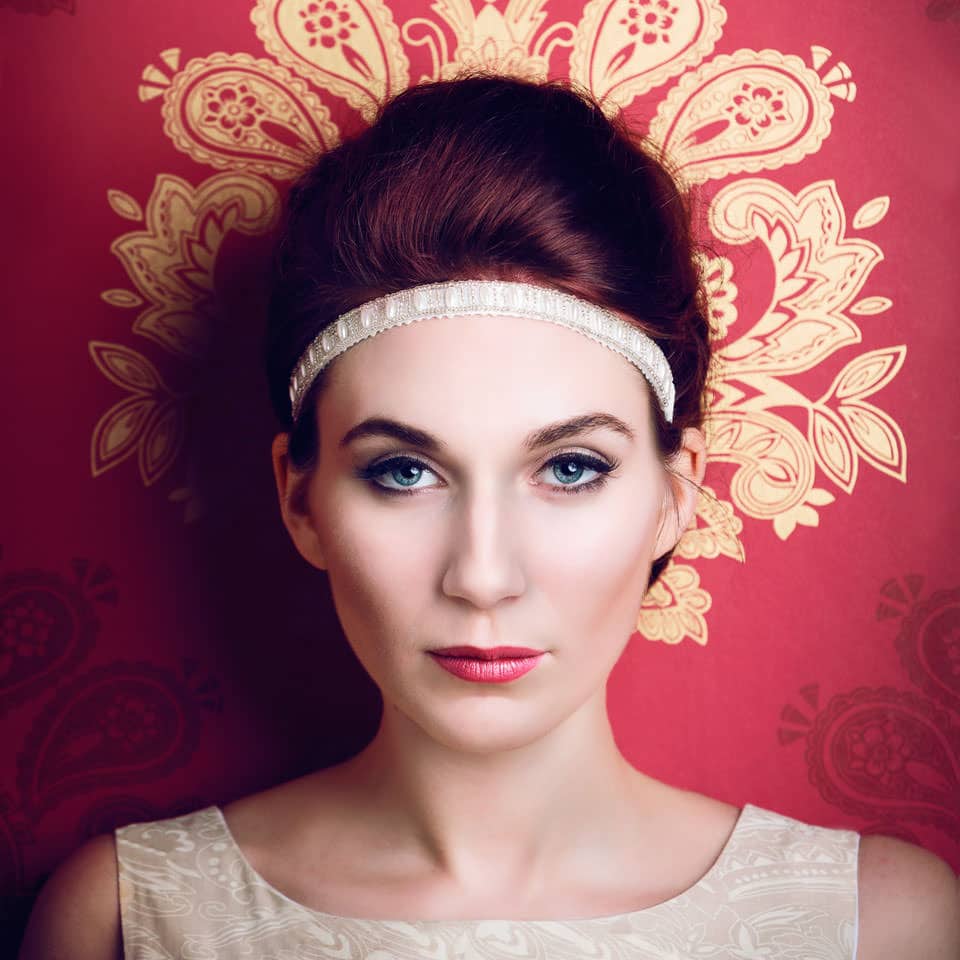 Following on from last years fancy schmancy awards post, this is the 2014 version. I’ve been lucky enough to receive 12 international awards for my photography this year. Awards are not high on my priorities, it’s much more important for me that the people I work with are happy with my images rather than the…

END_OF_DOCUMENT_TOKEN_TO_BE_REPLACED 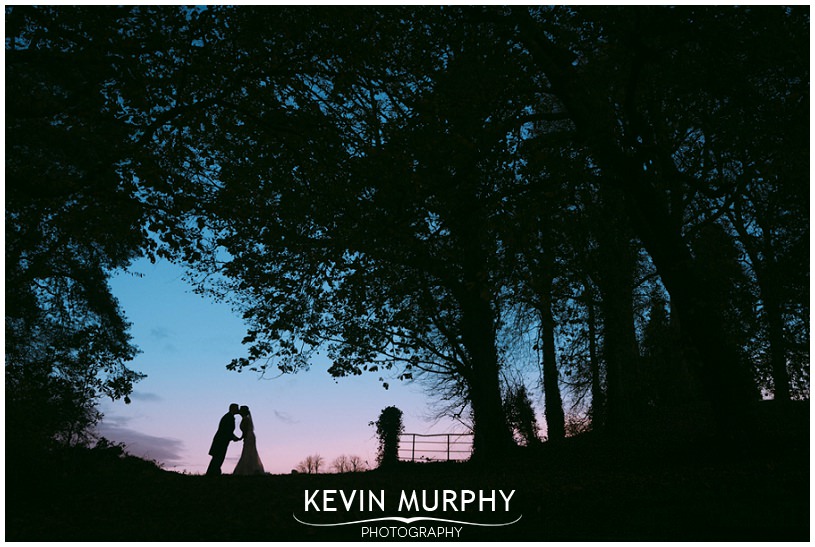 Alison and Trevor were married in St. Joseph’s Church in Limerick and held their reception in the Castle Oaks House Hotel. Their black tie winter wedding was full of style and personal touches. It was after a bad few days of rain – it was the first time I’ve seen the river in Castleconnell so flooded! – but thankfully the rain held off for the day.

Things I loved about Alison and Trevor’s wedding:

Some kind words from Alison and Trevor:

“Thanks so much Kevin!! You were brilliant! Couldn’t have gotten a better photographer, everyone was complimenting your work!”

END_OF_DOCUMENT_TOKEN_TO_BE_REPLACED 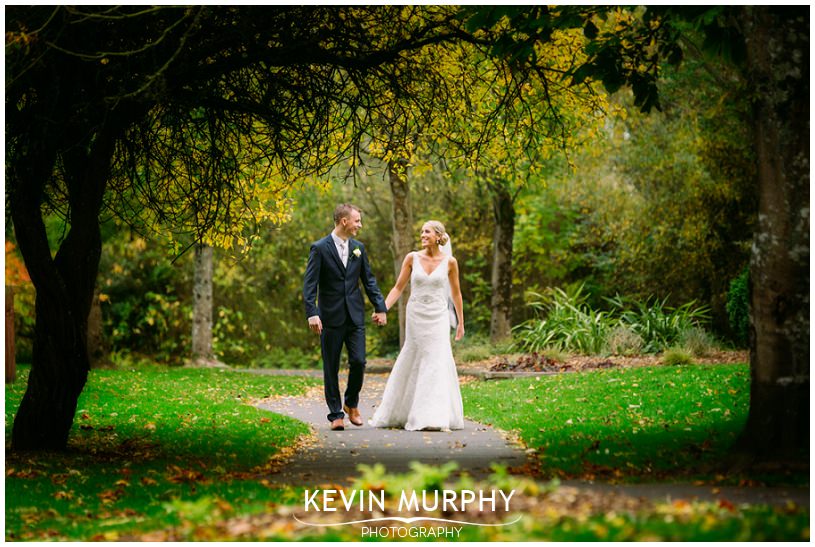 Michelle and Dermot were married in Newtownshandrum church and held their reception in the Woodlands House Hotel in Adare. Michelle and Dermot are really fun couple, full of life and happiness. There was a lot of laughing during the day – especially during the bridal party photography in the park in Adare, it was great craic!

END_OF_DOCUMENT_TOKEN_TO_BE_REPLACED 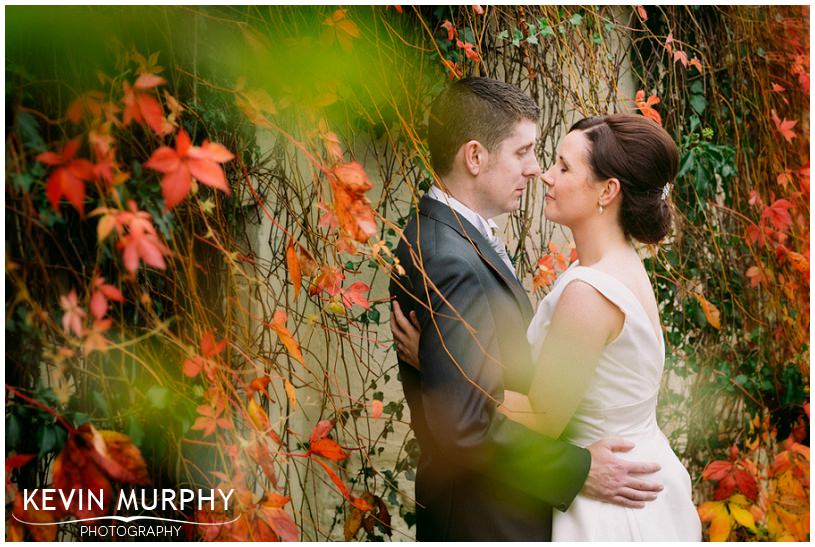 Jackie and Aidan were married in Knocklong and held their reception in the Woodlands House Hotel in Adare. The venue for their reception we never in doubt because they both work there! They first met when Aidan got Jackie’s job while she went travelling to Australia with Fran (who was her chief bridesmaid). When she got back, Aidan made his move! 😉

The atmosphere in the Woodlands that day was electric. The staff that were lucky enough to be guests were having a ball and those who were working were putting in extra effort. It was like a big staff party!