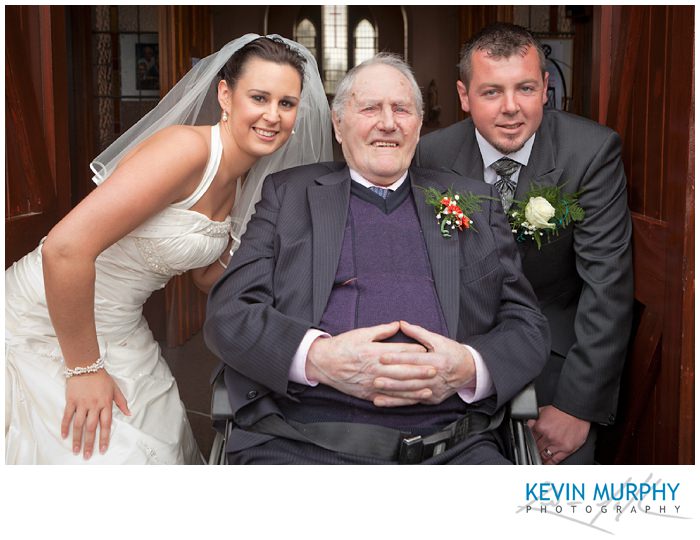 My grandfather passed away last week. It was a time of sadness, but it was also a celebration of a life well lived. He was 92 years old and he packed a whole lot of living into those 92 years.

He was born in 1919 into an Ireland I find difficult to imagine. An independent Irish government had been declared just a few months earlier and the first Irish president had been in office less than a week. His family, like most at the time, had no electricity, no cars and no phones. Heat was provided by turf which was hand cut in the nearby bogs. Without cars, most people walked through the fields to their destination. Later, he travelled by bicycle which he used up until his 80s. Communication was close and personal, trading stories around a turf fire and meeting people while going about their day to day business. 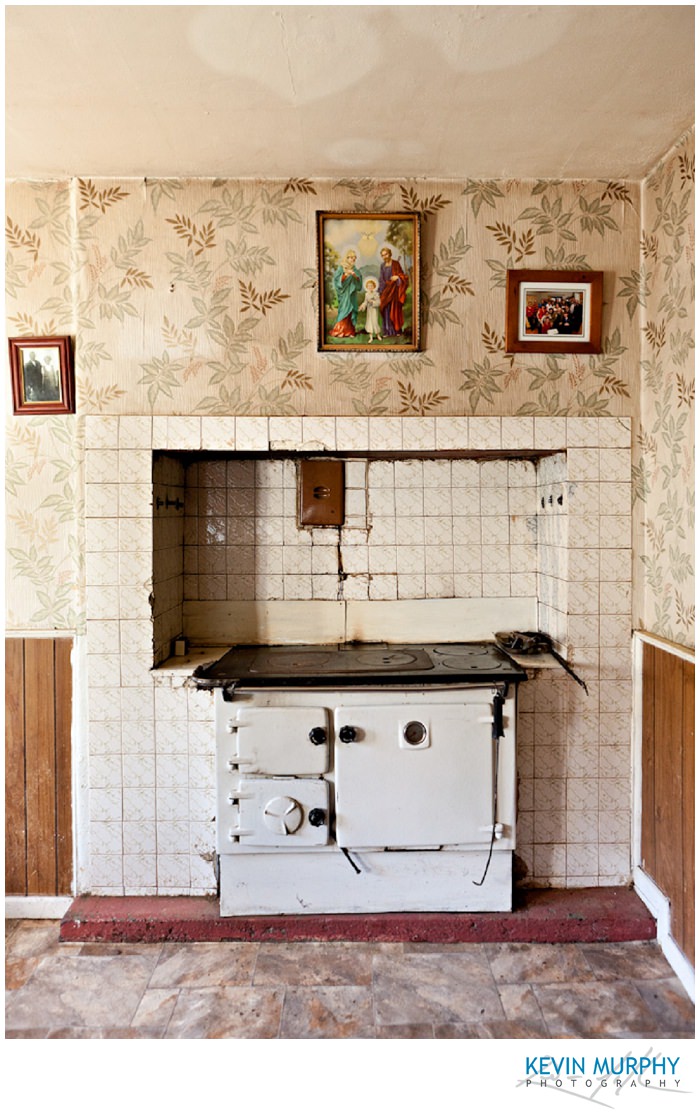 He married my grandmother when he was 33 and had five daughters. Sadly, my grandmother passed away just 10 years into their marriage and grandad was left to raise the family. Again, I find it difficult to imagine how much of a challenge this must have been. But he was adamant he wanted to keep the family together and, with help from his family and friends, he persevered. He worked in the bogs, cutting turf, and by all accounts he was a hard worker. My father remembers the first time he worked in the bog with him and being impressed at how much work he was getting through (especially considering he would have been close to 60 at the time).

He later went on to work on the roads with the County Council as a ganger (foreman). One of my earliest memories of him was when he was working on the little road that led to our house. The house I grew up in was off the public road a bit and I remember seeing the commotion and cycling out the gravel road to see what was going on. There I met my grandfather and a few others with their huge machines. Now that I think about it, he can’t have been far from retirement at that stage. 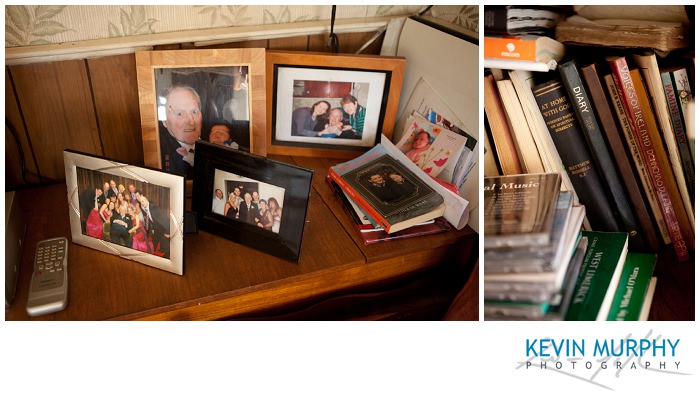 My mother told us some stories about her childhood growing up with her father and four sisters. grandad could fit four of them on his bicycle, two on the carrier, one on the crossbar and another on the handlebar. Once all the girls were in their positions he would tell the two on the carrier at the back to duck their heads, swing his leg over and off they went. But every so often they would have to go back to pick up a hat that had been kicked off! On another occasion one of grandads socks, which were airing above the range, fell and melted onto the top of the range. He was so disappointed by it that the five girls saved up their money and when Christmas came around presented him with a new pair of socks! He said it was the greatest present he had every gotten.

My grandfather was a very intelligent and witty man. I remember as a child we would go visit our cousins in Athlone during the Summer holidays and he would sometimes come with us. In order to pass the time, and entertain himself, he would ask us riddles. One that stuck with me was when he asked “would you rather be dead or have seven holes in your head?”. Of course he’d lead us on and take pleasure in our arguments before pointing out that we already had seven holes in our head! On another occasion we passed a restaurant and he said “that’s handy – but where would you go if you wanted to rest your uncle?!”

His clever use of language came to the fore when, on his 40th birthday, he wrote his first poem. Having just moved house with his family, he penned “The Home I Left Behind”. He went on to write many more poems, plays and stories and this is probably what he is most known for. Personally, I think that it’s great that at 40 years of age he started something new and became skilled and well known for it. I suppose it gives me comfort that you are never too old to take up a new skill and to excel in it. His poetry and stories found a platform on the local radio and made their way to the stage also. 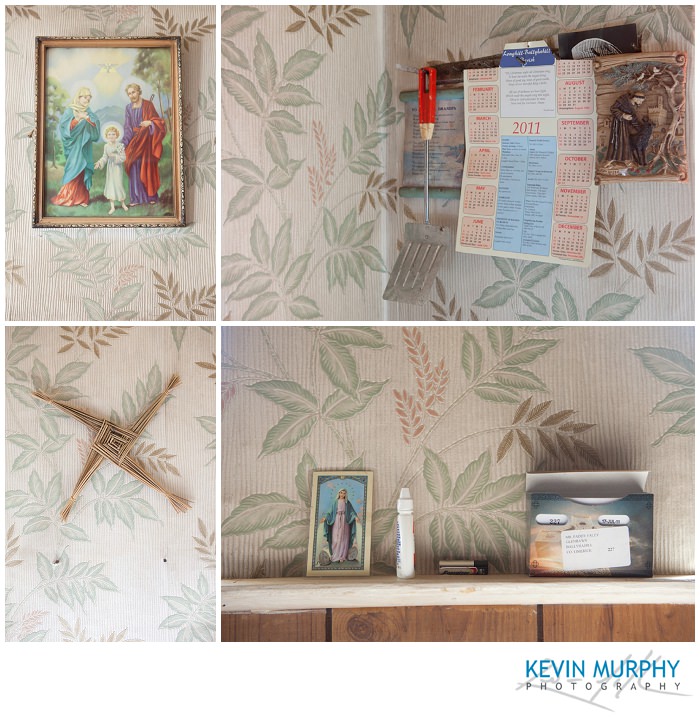 Our cousins lived next door to his house so I remember as a child we would be sent over to tell him his dinner was ready and generally sent over to visit him to get a break from us! He was always very welcoming and glad to see us. I remember being fascinated that his kitchen table had a little drawer in it at the head of the table with cutlery in it which I thought at the time was the greatest invention ever! In between his house and my cousins house he had a little garden where he grew vegetables, along with a few sheds which contained hundreds of hanging onions. We would sometimes divert into the garden, especially if the peas were ripe! They were delicious and many is the time we had to duck down behind the plants in fear of getting caught!

As the years passed by the world became a busier place. I moved further from home and didn’t get to see as much of grandad over the last few years. By now his grandchildren were themselves getting married and, because it was easier for him to write in rhyme, he would compose a poem for their wedding day wishing them well. 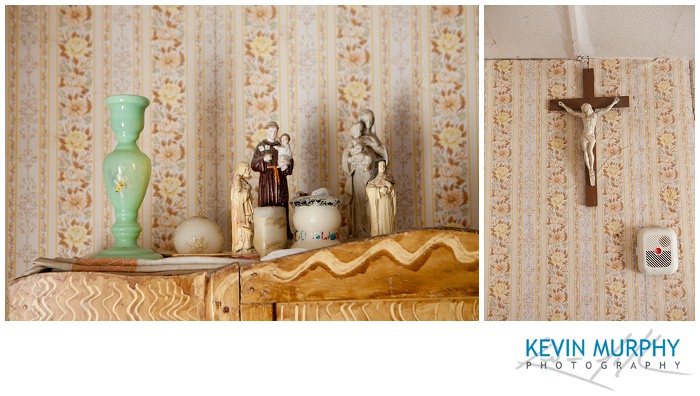 About a month ago he fell while at home and fractured his hip. He was taken to hospital and it soon became apparent that this fall was to get the better of him. Although he was still a very strong man, he didn’t have the fight left in him.

Naturally, there was sadness and tears at his funeral but it was a ceremony he would have been proud of, with music and poetry and stories being shared. Everybody I met had their story about Paddy Faley and each story revolved around his personality – his wit, his love, his religion, his creativity, his strength, his imagination and his openness.

My grandfather is an inspiration to me in a number of ways. Firstly, I consider myself fortunate that some of his creativity passed its way on to me. He was a man who didn’t see limitations or problems, he persevered and succeeded and smiled the whole way. He was a loving man, and even though his marriage ended tragically after only 10 years, I’m sure a day did not pass in the last fifty years when he did not think of his wife. Finally, he wasn’t afraid to be different. In fact he embraced it.