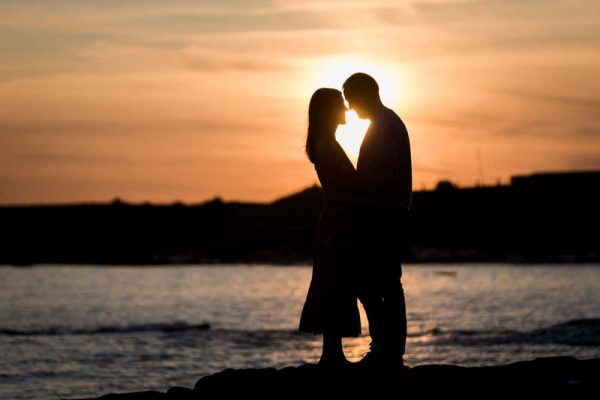 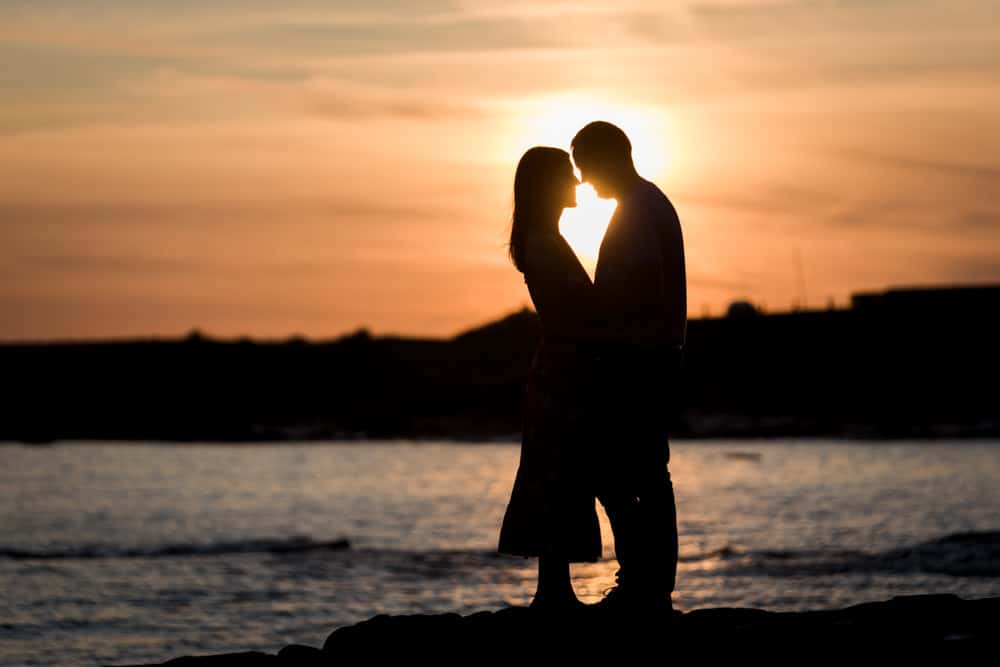 Yvonne and Enda are getting married next weekend so we met up for a chat about their wedding plans and afterwards we went for a little photo session on the beach to ease any nerves and get some nice photographs of them hanging out together. We got some beautiful weather, we practically had the beach to ourselves and to finish we were rewarded with a great sunset. Roll on the wedding!

Here are a handful of my favourite images from the evening… 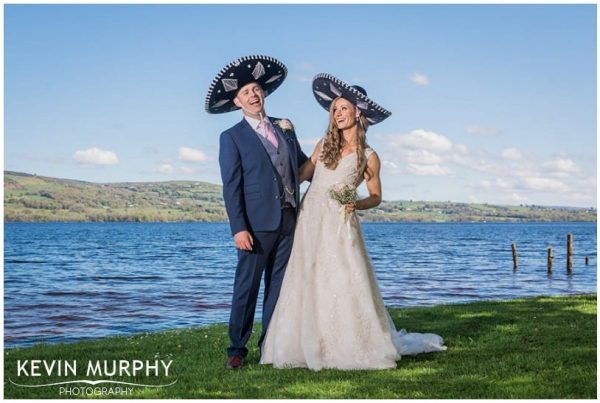 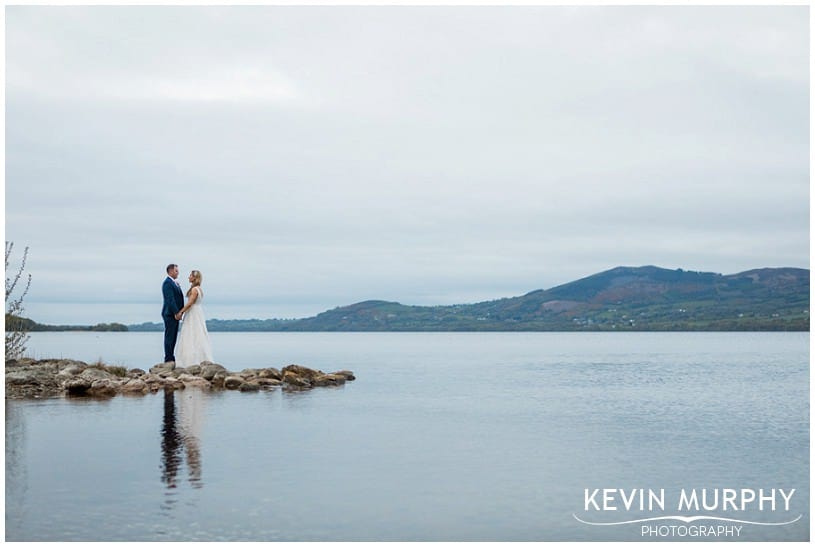 Emer and James met after the Great Limerick Run and got married exactly 6 years later. Emer had completed the run and was out celebrating – it turned out she picked up an injury so she went to find a seat and instead found her future husband! James on the other hand found someone to talk to that wasn’t able to escape! 🙂

Their sun soaked wedding day in AnnaCarriga was full of fun and personality and quirkiness. They had their wedding ceremony on the lakeside under the trees, partied outside to the music of a mariachi band and had their reception and danced the night away in the marquee.

Some things I loved about Emer and James’ wedding day were:

Some kind words from Emer and James…

Thank you so, so much for being such a fantastic photographer on the day. You really went above and beyond. Really appreciate you getting those race numbers. Such a nice touch and made our day, the photo is brilliant! Thanks again for everything and so excited to see all of the photos. 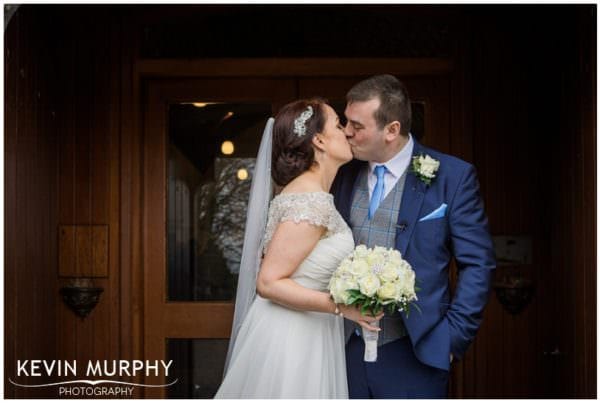 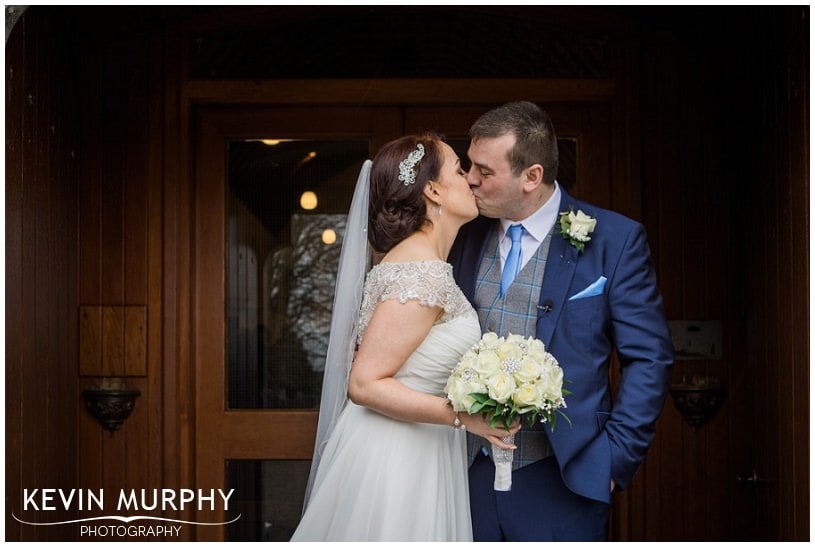 Sinead and Aidan – so good they were married twice! Firstly they had an intimate church ceremony in nearby Terryglass church and afterwards they had a second outdoor ceremony in the secret garden in Coolbawn Quay. Their wedding day was at the tail end of storm Doris so the weather was wild, wet and windy – but the cosy bar and marquee kept all the guest warm and chatting. Sinead and Aidan are genuinely two of the nicest, friendliest, down to earth people I’ve met and it was a pleasure to be there to document their wedding.

Some things I loved about Sinead and Aidan’s wedding day were:

Some kind words from Sinead and Aidan…

I cannot honestly thank you enough for everything on the day. From your first email I just knew you were the right person for myself and Aidan and you were unreal. You put us both at such ease and made everything so easy. Everyone was talking about the slide show on the day and the amazing pictures that you captured. Thanks you sooo much again for everything… 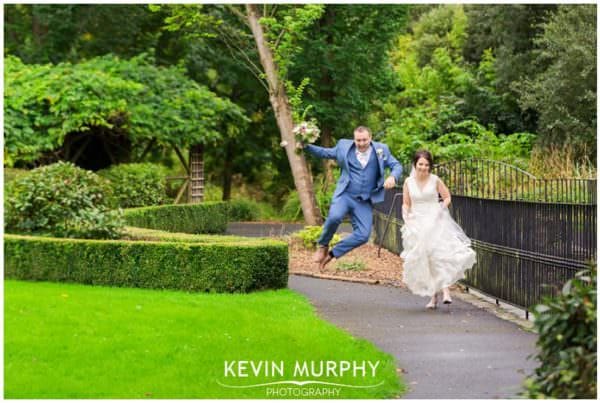 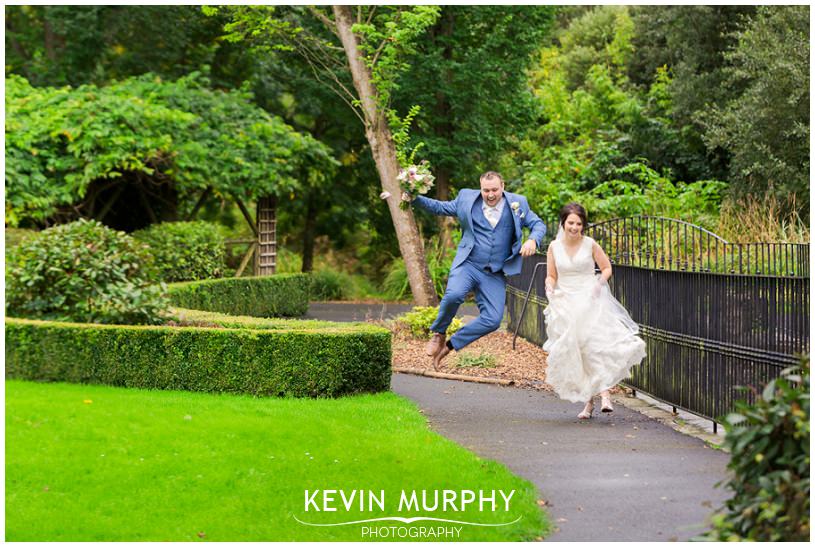 Laura and Gareth were married in the Holy Trinity church in Adare and held their reception just down the road in the Woodlands House Hotel. From start to finish it was a day full of fun, hijinks and general tomfoolery! 😉

Some things I loved about Laura and Gareth’s wedding day were: 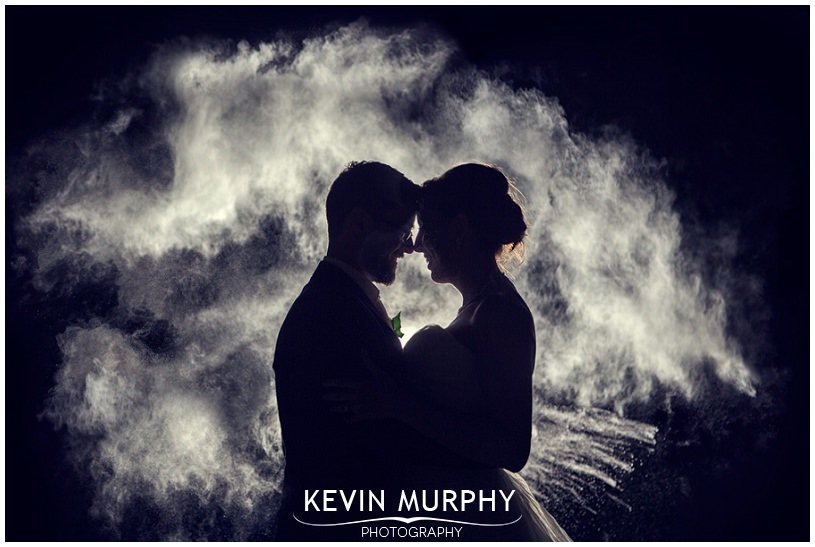 Hazel and Garett were married in the Holy Trinity Abbey in Adare and held their reception in the Woodlands House Hotel. It was a wedding I had been looking forward to for a while. Every meeting I had with them was good fun so I figured the wedding would be great altogether! And it was. I arrived to the most relaxed bride and bridesmaids ever! Hair and makeup was done and dusted a good three hours before the ceremony so they were sitting around playing games. What a great start. After a game of dare Jenga, it was the longest game of Snakes & Ladders I’ve ever witnessed. So long in fact that after Christine won, she eventually got bored and started again and won a SECOND TIME before anyone else managed to finish. (I always though Snakes & Ladders was just a game of luck until I saw it played by such a pro! ;)).

When I went to the church to meet the lads, I found them gather around a Delorean – why not?! A quick drink in Auntie Lena’s and it was time to get down to business.

There was so much to love about their wedding – the red shoes, the “something old” (a thumbs up from one of Nana’s dress gloves), the American version of I’m a Little Teapot, Hazel’s embroidered hankie for her dad (and his reaction to it), the open top wedding car, the groomsmen mix and match socks, the outdoor reception in the Woodlands, the €20 toilet paper, Briain’s directorial debut, stick on eye balls, getting the dancing started before the band had even set up – I could go on and on – it was epic. 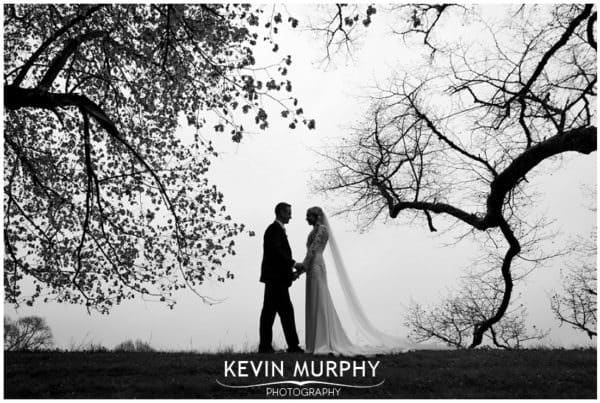 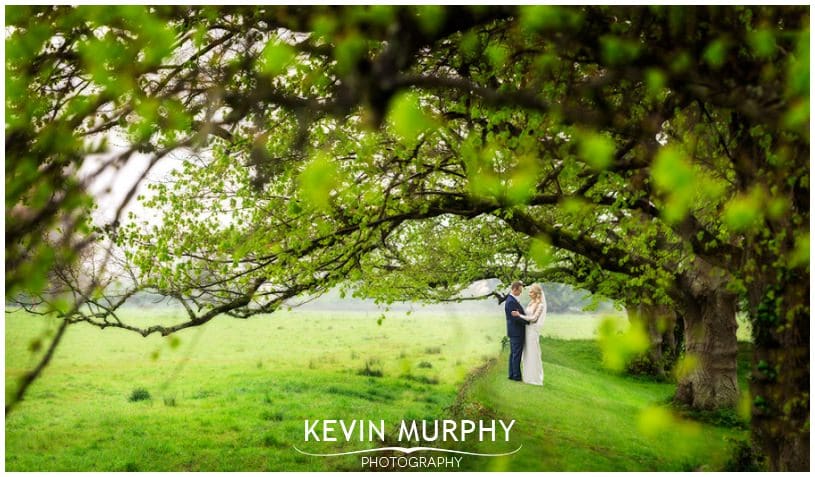 The one thing you can’t control is the weather. Despite a beautiful day the day before, the skies opened on Bríd and Seán’s wedding day and just didn’t stop. We did get lucky though – during the bridal party photographs in Adare, the rain almost stopped for about 10 minutes! That was enough for us to quickly get some photographs with the help of umbrellas and they are some of my favourites from the day.

Some things I loved about Bríd and Seán’s wedding day were:

Some kind words from Bríd and Seán:

We both want to thank you so much for Saturday. You were brilliant and such ease and calm – I was actually blown away when I saw the slideshow so I can’t wait to see the photos!! 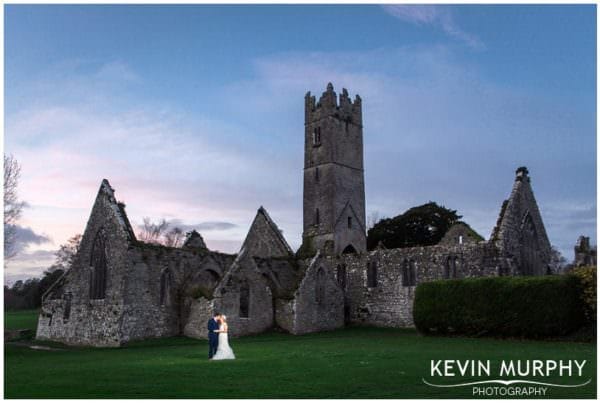 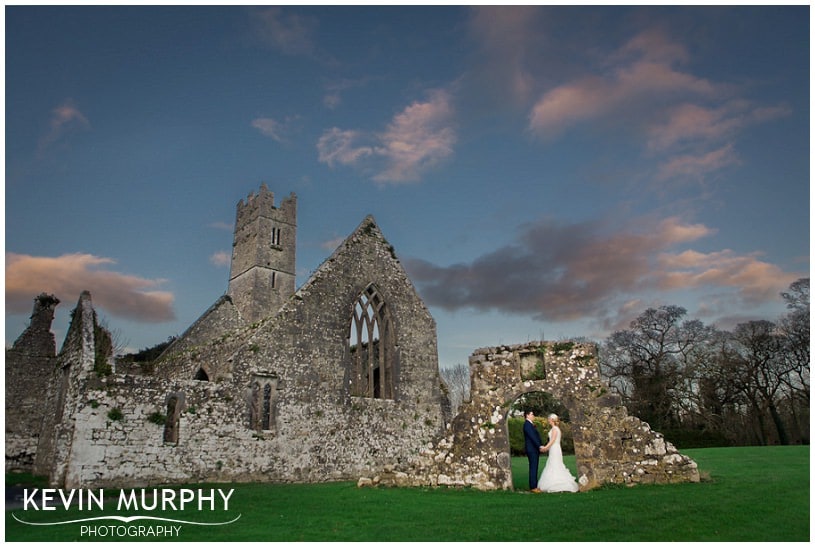 Deirdre and David were married in Cloncagh church and held their reception in the Woodlands House Hotel in Adare. It was a lovely, cosy, Christmassy wedding – and the tone was set from the very start with the Christmas bauble invitations.

Here are some things I loved about Deirdre and David’s wedding: 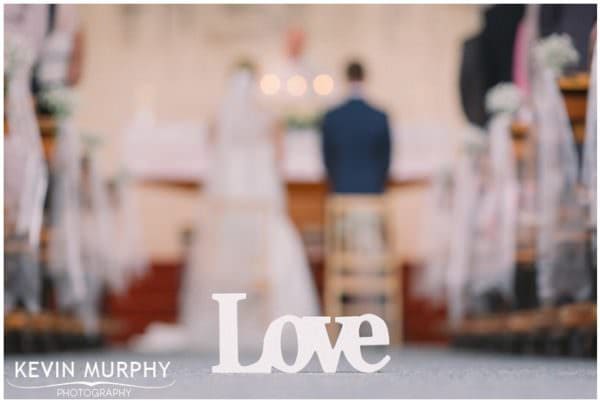 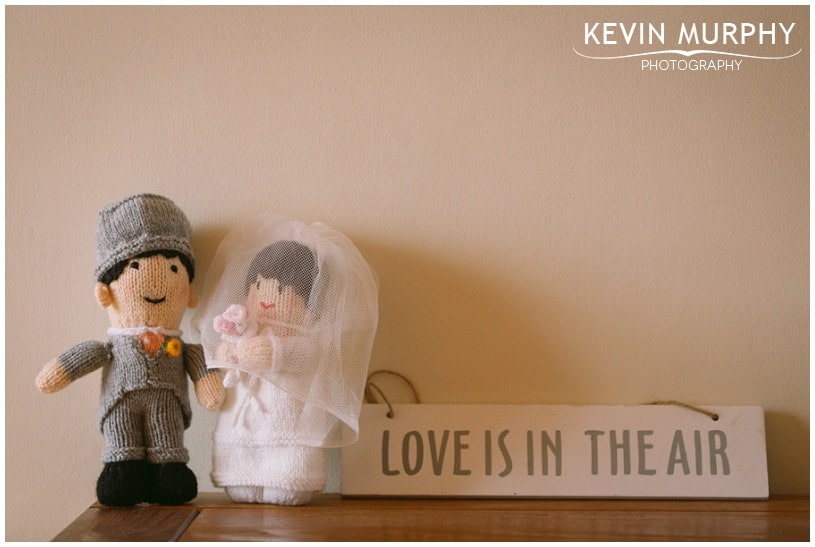 When Mike moved out of his house, little did he know that his future wife would move into the very room he had vacated! He kept in touch with his old house mates and two years later called in for a cup of tea where he finally met Rachel. Four days later they were on their first date! And the rest is history. They were married in Borrisokane church and held their reception in the Woodlands House Hotel in Adare. It was a lovely day filled with emotion and romance – hardly surprising from a bride who has been known to cry during a Barry’s Tea ad! 🙂

Here are some things I loved about Rachel and Mike’s wedding: 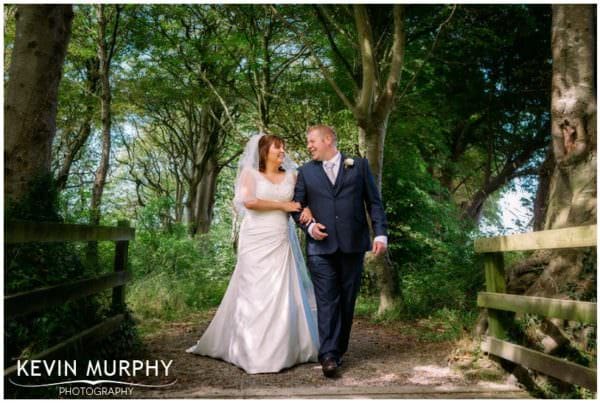 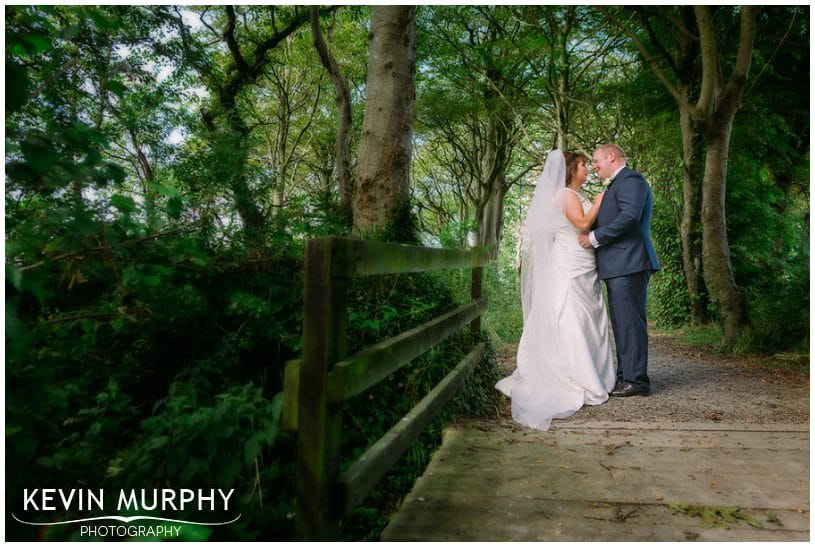 Gina and David were married in Ballylongford chuch and held their reception in the Woodlands House Hotel in Adare. The emotions of such an important day obviously went to David’s head when he surprised Gina with flowers that morning. For the first time. EVER. You’ve set a dangerous precedent my friend – nothing short of flowers will do for wedding anniversaries from now on! 😉

Things I loved about Gina and David’s wedding: 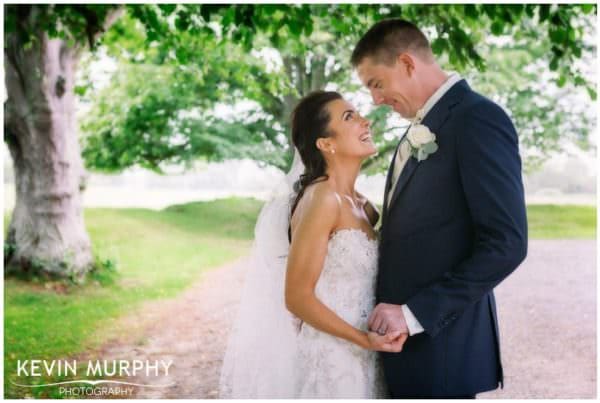 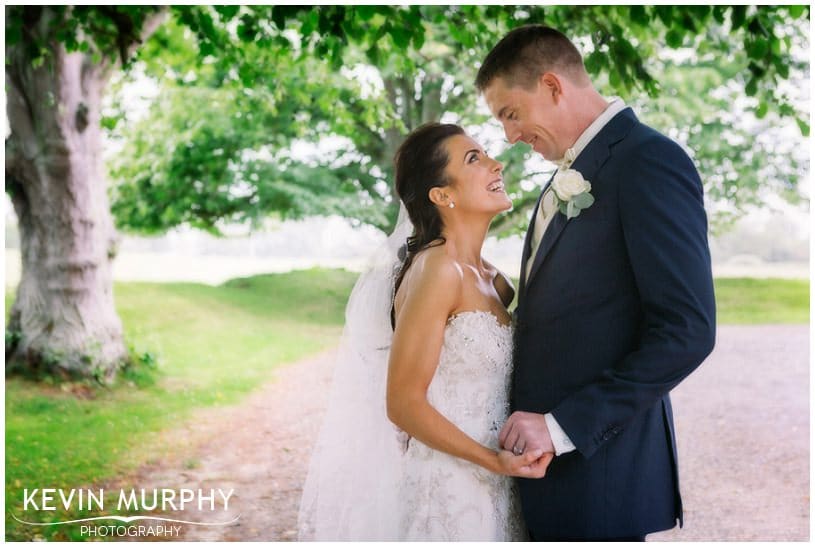 Annmarie and William are living in Australia but they travelled home to get married among their family and friends. They didn’t bring the weather with them, but they brought a really positive, fun filled, infectious attitude. They were married in Broadford church and held their reception in the Woodlands House Hotel in Adare.

Some kind words from Annmarie & William:

Just wanted to say thank you so much for everything. You were absolutely amazing. A dream to work with.
We are beyond excited to see the rest of the photos because what we saw in the slide show was just class. It was one of my favourite parts of the day & everyone was commenting on how beautiful it was. You are unbelievably talented & we were so lucky to have you on our special day.