The cross above marks the summit of Carrauntoohil, Ireland’s highest mountain. On Saturday morning a gang of us set off from Cronin’s Yard at the base of the mountain with this cross as our destination. Our spirits were high and so were the clouds surrounding the mountains! Undeterred we ventured on making our way up through Hags Glen. 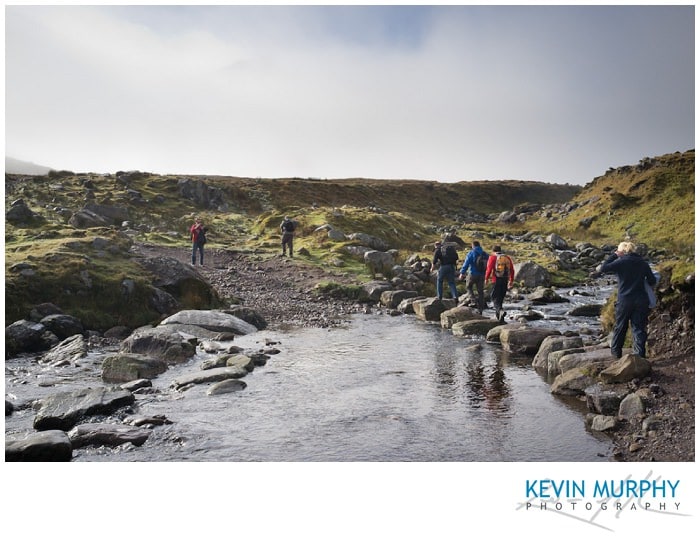 As we started climbing we entered the clouds. Visibility was poor which made it tricky to figure out what direction we were going in but with the help of past experience, a compass and some other climbers we were soon on familiar ground at the top of the Devil’s Ladder.

Once we were at the top of the ladder, we started emerging above the clouds. The final stretch is a steep walk up through loose stones. At this point we had been walking for about three hours so we were starting to slow down a bit. Thankfully a break in the clouds showed the cross at the summit not too far ahead – the finish line was in sight! 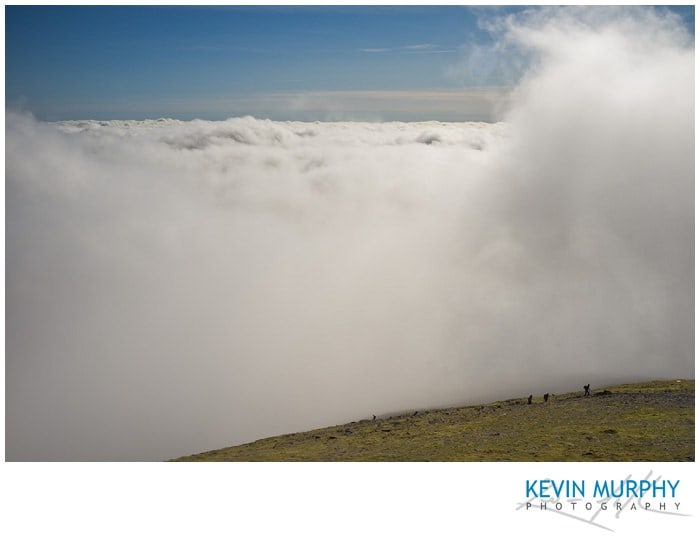 Finally we reached the peak. The view was incredible! It’s not often you get to walk around above the clouds! 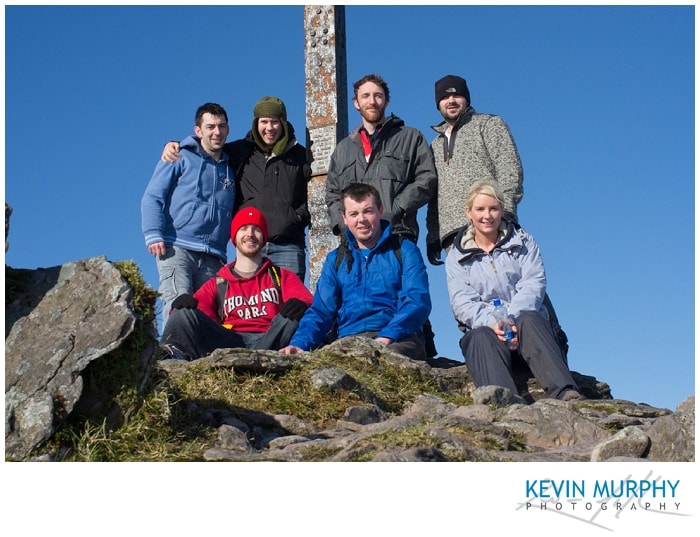 We took a well deserved break for a while and enjoyed the views. We sat and watched as the clouds gently rolled over the mountains. The occasional bird flew by, floating on the updraft. We chatted with other friendly climbers who were as relieved as we were to reach the top! All along the journey there was great camaraderie with other climbers, I think it’s the fresh air and the sense of adventure that had everyone smiling. 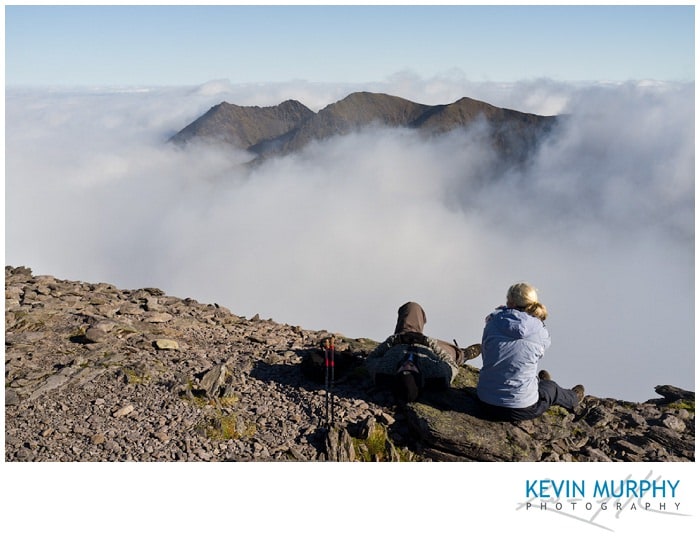 Full of renewed enthusiasm (and biscuits!) it was time to make our descent. 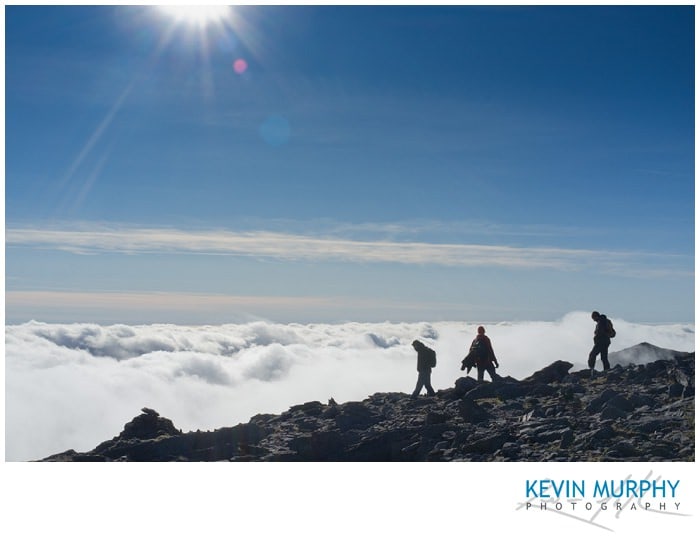 The views to the west were stunning. In the photo below you can see four climbers on the ridge to the left, just about to enter the cloud bank. 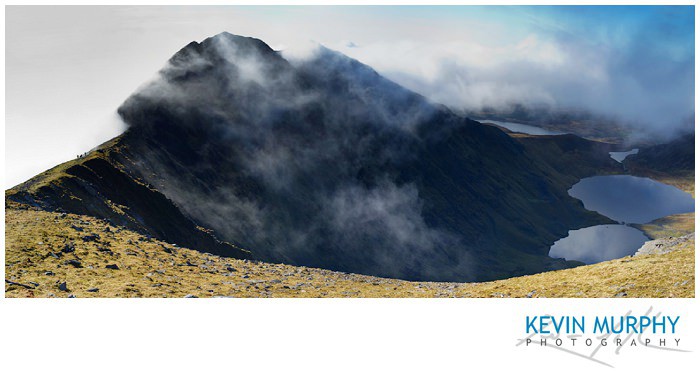 We made our way down along the Devil’s Ladder. It’s a loose rock scramble and a lot of springs surface along it so it becomes wetter as you descend. At the top of the ladder we met a group of about 30 climbers about to make their descent. Each one of them had a hurley so we had good fun with them asking them what the score was – they were quick to reply that the other team hadn’t bothered to turn up! 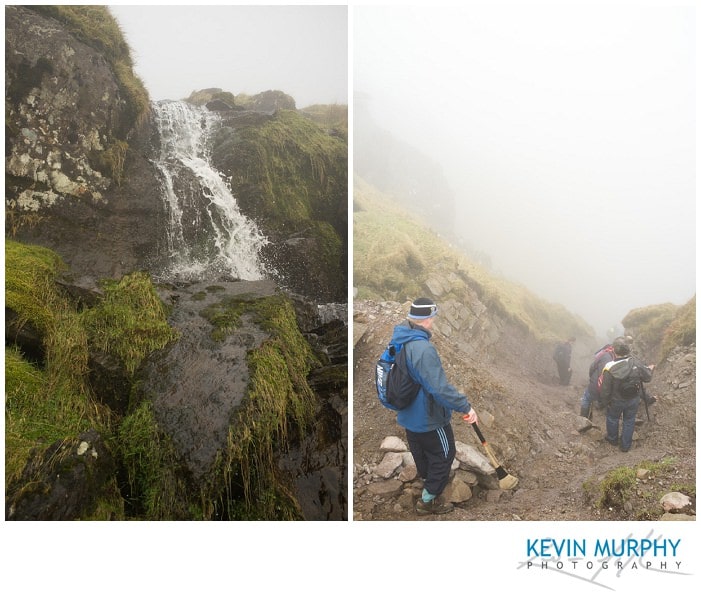 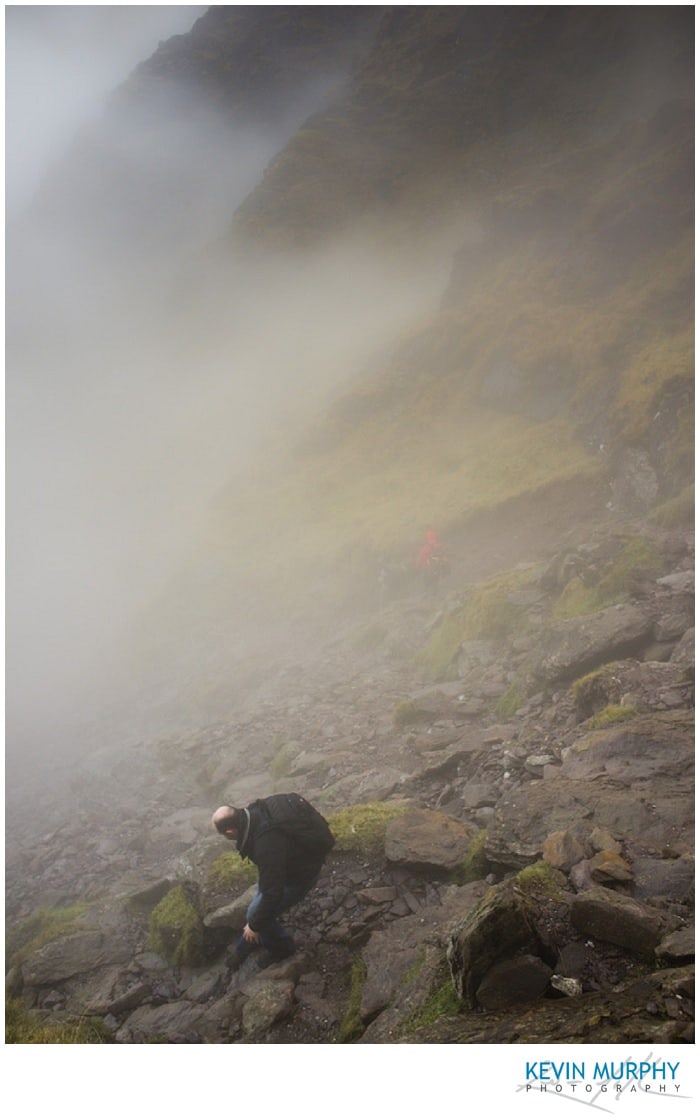 Once we were back on reasonably level ground below the clouds the views towards Killarney began opening up. 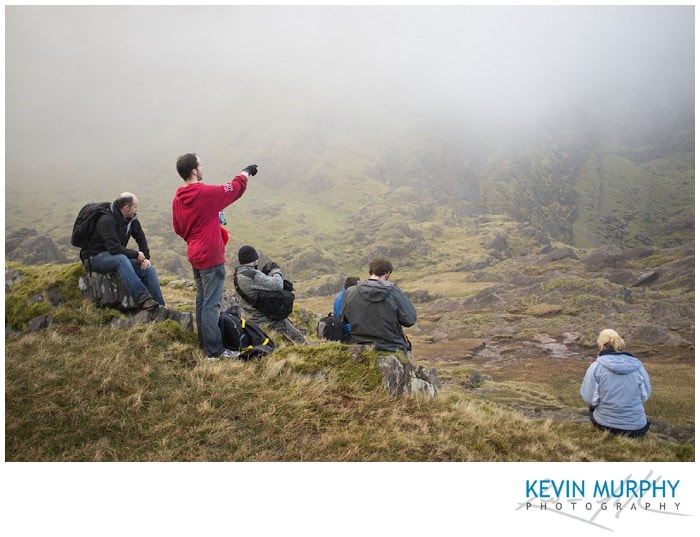 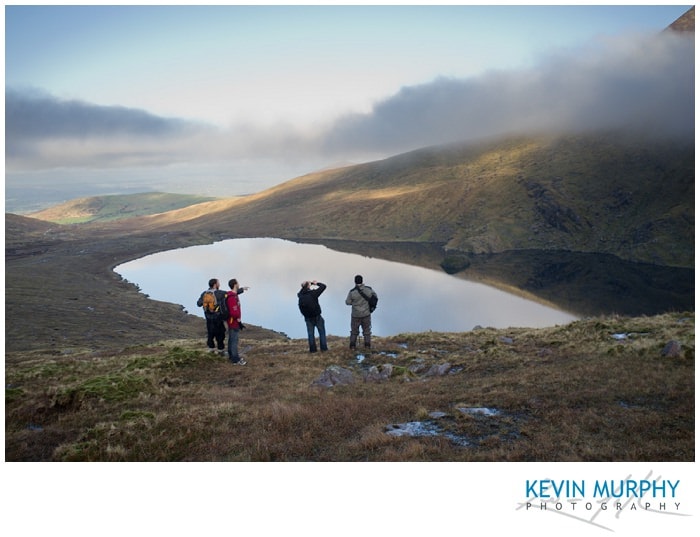 The photo below shows the route we took along Hags Glen, up the Devil’s Ladder through the mist and finally along the last stretch to the peak of Carrauntoohill above the clouds. 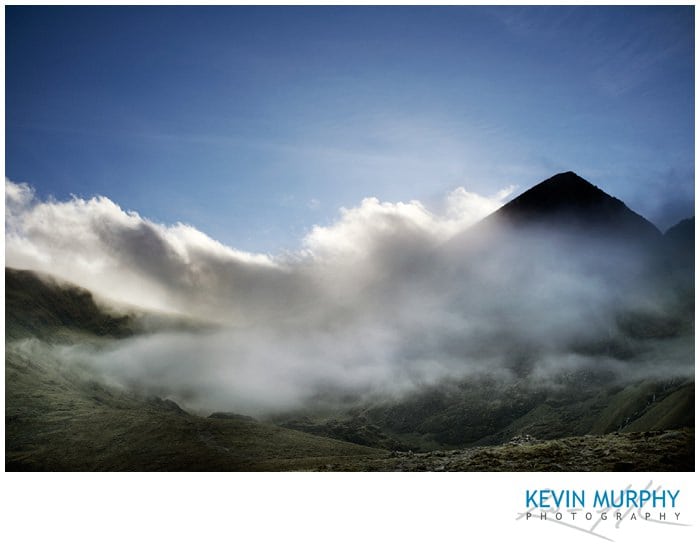 All in all it was a great day. We couldn’t have asked for better weather, especially in February. We had a lot of laughs along the way and we met some great people too. Life is for living and we certainly achieved that on Saturday!