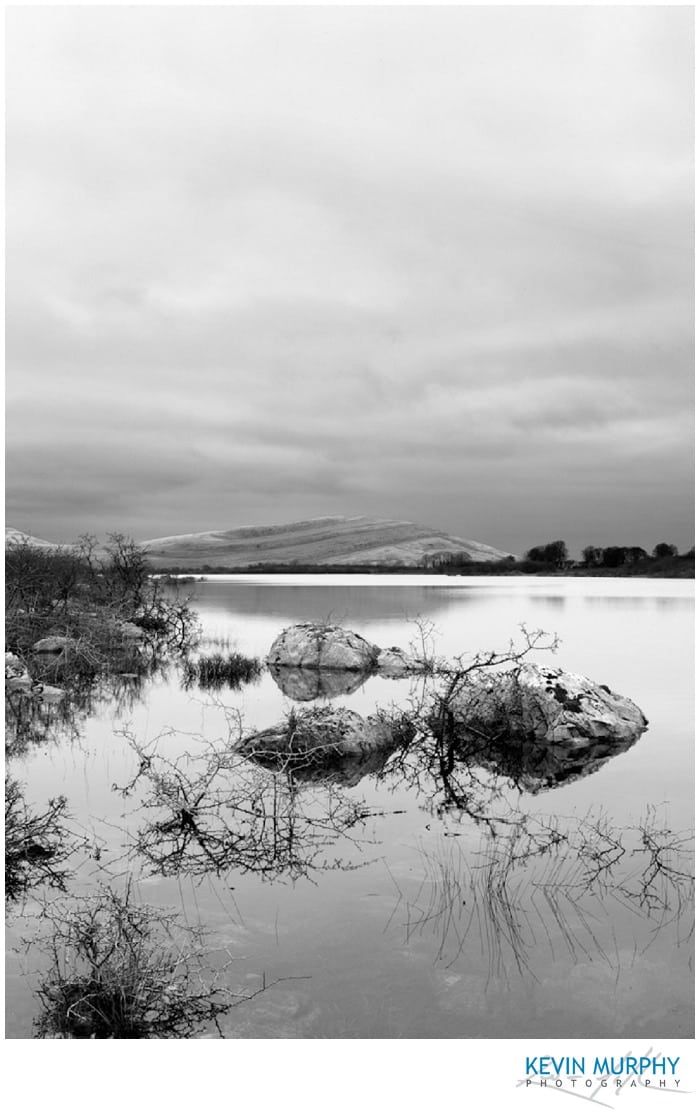 Since I moved to Clare a few years back I still haven’t visited many of the places that local people might have grown tired of. In fact, there are many places that I am not even aware of yet. Mullaghmore was one such place. Sure, I’d seen the mountain as a backdrop in photographs but I knew nothing about it. Last weekend I decided to go climb it. 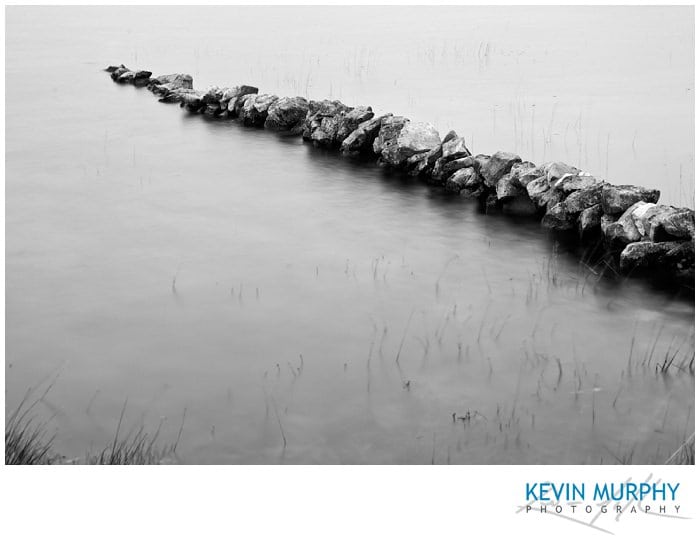 At the base of the mountain are several lakes. I’m guessing they are turloughs (seasonal lakes) as there were walls entering and exiting the lakes which I assume are used during the summer when the lakes dry up. Either that or the walls are part of a very peculiar underwater fish farm! 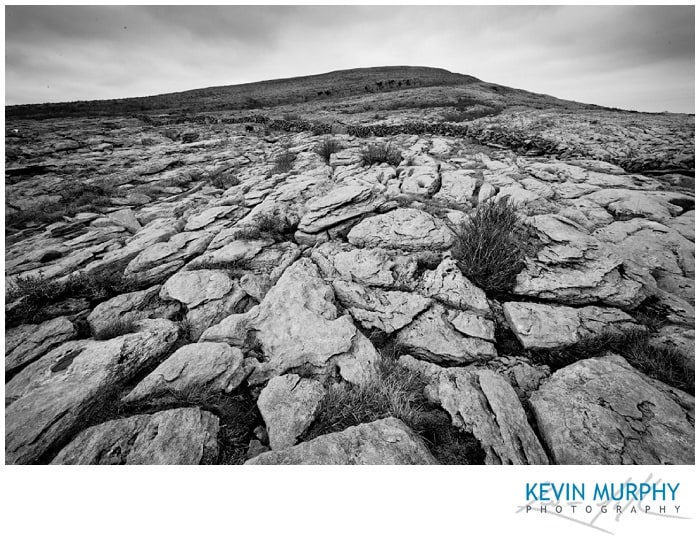 Mullaghmore is located in the the Burren National Park and the climb is rocky with the occasional determined bush. 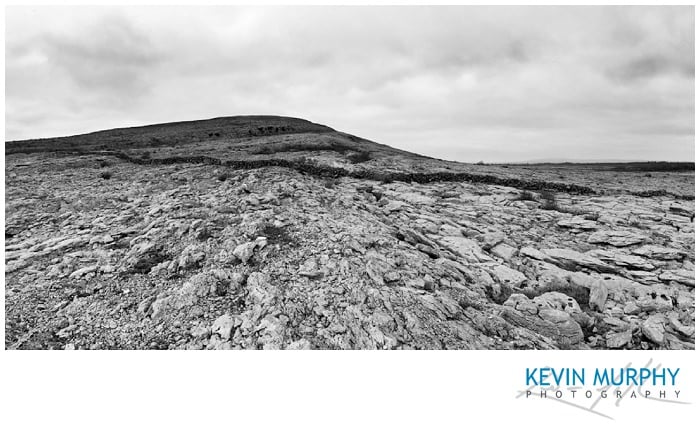 There’s something about the rocky landscape of the Burren that grounds me. The almost lunar terrain was caused by the last ice age, and not much has changed since. Huge boulders lay abandoned, tossed aside by the glaciers, in the most unusual places. In one case there were two huge boulders balanced one on top of the other. Their balancing act has lasted thousands of years and I can imagine the earliest settlers in the area stopping during their hunt to contemplate their display – just as I did. 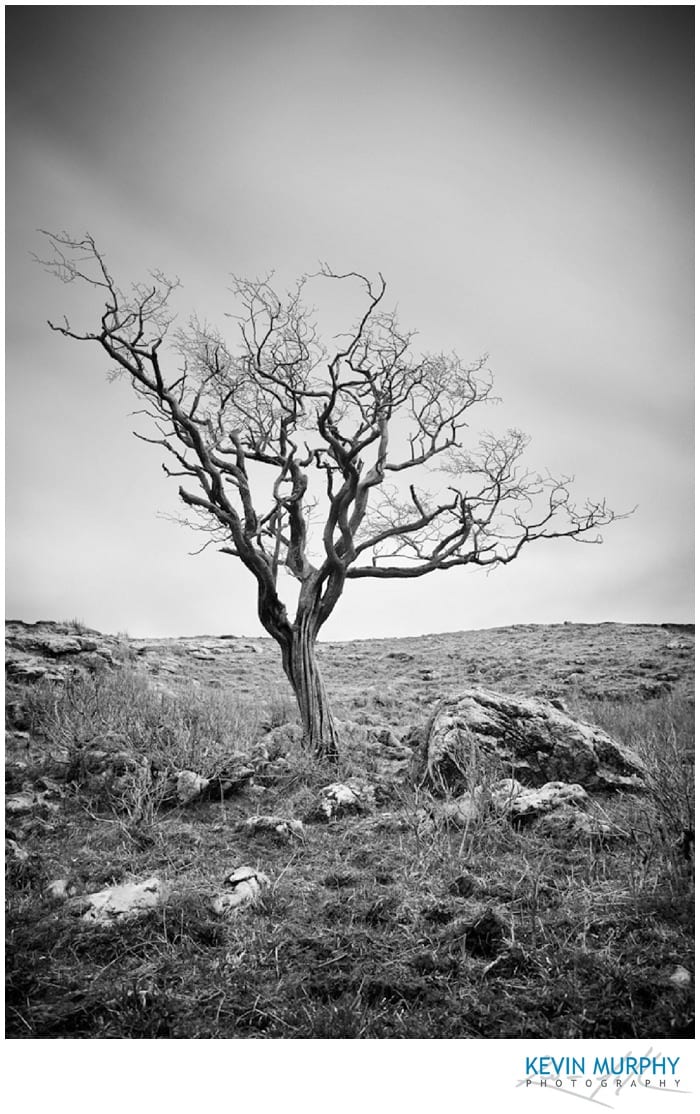 Occasionally, in deep grikes or in valleys shaded from the wind a seed takes root and with determination makes the inhospitable environment its home.  The tree above reminded me of the famous Burren quote:

Where there are no trees to hang a man. Where there is not enough water to drown him. And if you finally succeeded in killing him, it’s too rocky to bury him.

The view from the peak is mostly of rock, stretching out for miles, with the occasional lake. While not as picturesque as the view from Carrauntoohill, it is spectacular nonetheless.