Loving… going to my first ever Munster rugby game in Thomond Park. I’m not really into rugby (in fact I’m not really into sport!) but my good friend Gary had a spare ticket so I went along for the fun. I’ve seen the odd game on tv so I had some idea what was going on, but what struck me most was how different it is from watching it on tv. The atmosphere is electric and everyone is so friendly. There’s great comraderie and craic between the fans. And when the crowd goes silent for the “free kick bit” it’s so quiet it’s surreal. A great way to spend a few hours – I can see why people get addicted! 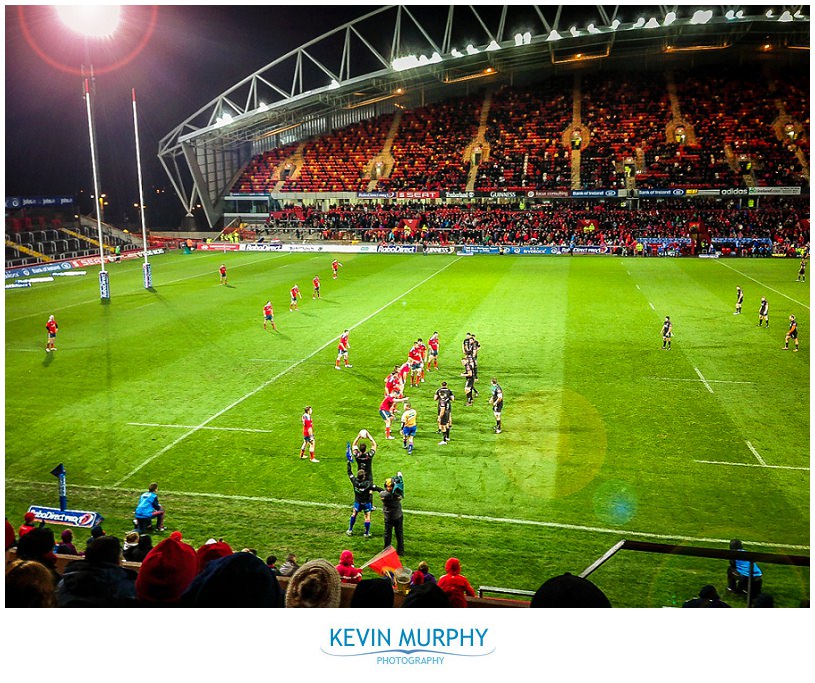 Laughing… while I was filling in some forms for a couple who recently booked me to photograph their wedding I noticed that their phone numbers were exactly the same except the last digit was out by one. It reminded me of a few years ago when a friend of mine decided to introduce himself to his “phone neighbours”. He took his number and subtracted 1 from it and called it to say hello and introduce himself to his phone neighbour. It was all just a bit of fun at the time and there were a good gang of us sitting there listening (obviously with too much time on our hands!). His neighbour didn’t see the funny side however and DEMANDED to know how my friend had gotten his number! He was furious. My friend apologised and explained how he was introducing himself to his phone neighbours but he was having none of it. He threatened all sorts of things if he ever called that number again and hung up. The rest of us were in stitches! Needless to say, my friend didn’t introduce himself to his neighbour on the other side!!